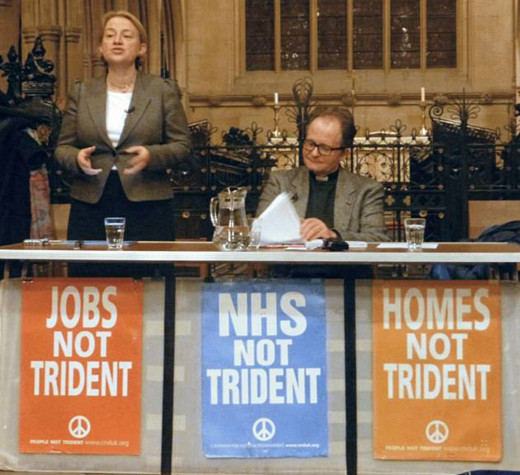 The well-attended meeting also heard a message from Jan Harper of Pax Christi and speeches from local campaigners, Michael Kelly of Momentum, Rae Street representing Labour CND and Philip Gilligan who is chair of Greater Manchester and District CND. The meeting was chaired by the Revd. Mark Coleman, Vicar of Rochdale.

“We were delighted by the big turn-out tonight and hope that many of those attending this meeting in Rochdale will also be joining us and thousands of others at the national STOP TRIDENT demonstration on Saturday 27 February 2016. Anyone wanting tickets for the coach from Rochdale should visit the Rochdale and Littleborough Peace Group Facebook page, as soon as possible for details about how to contact the group.”