For too long the 72 acres of land contaminated with asbestos has been allowed to deteriorate.  Fires have taken place, buildings have collapsed, but the Council has done little more than wring its hands.

Once the site of the largest asbestos factory in the world, the land is riddled with asbestos.  Ownership of the site is confused (to say the least).

Local resident, and Green Party activist, Mick Coats has relentlessly endeavoured to get answers and action from the Council.

At the most recent Rochdale Township Committee meeting, there were signs of some action by Councillors.

The establishment of an effective Council committee could pave the way for sensible decision making about the site.  There must be no continuing suggestions of house building.  All the buildings must be demolished with proper precautions being taken – around both the demolition and the disposal of the material.  The land must then be properly capped.  The land could be used as an extension of the neighbouring Healy Dell nature reserve – maybe as a water park, may be as a solar farm.

Below is the report from the Rochdale Observer. 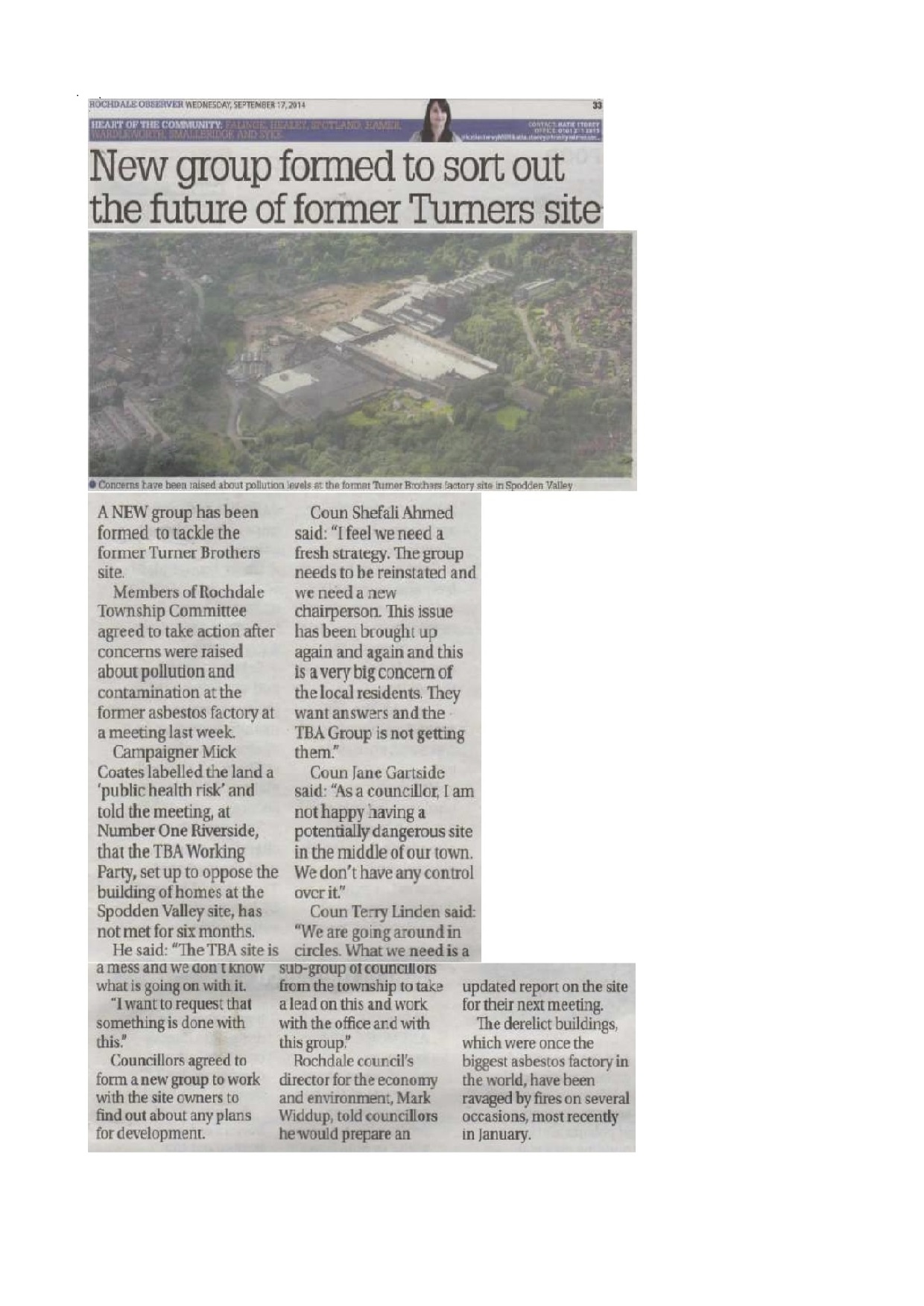